Radia is the 54th descendant of the Zo and heir to the throne of Aenya. She is known for her stunning beauty and mismatched eyes, one of turquoise like the greater moon, the other violet, like the lesser. At age eleven, she is stricken by a mysterious illness. Her father, King Solon, offers his kingdom for her life, but the only man who can cure her, a stranger named, Anabis, asks only for lodging in the palace, and that the king adopt his son, Zaibos. At fifteen, Radia is forced to flee for her life, when her step-brother seizes the throne. Searching for safe haven alongside her Hedonian protector, she learns she is different from other people, able to feel the emotions of every living thing around her, making flowers bloom when she sings and rain fall when she weeps. To learn more: The Princess of Aenya

After a number of decisive naval victories, Demacharon is promoted to Regent Commander of the North, at which point he is charged with the subjugation of the people who do not yet pay tribute to the empire. Never does he question his duties. And yet, his legions meet with increased resistance. Less than half his men, a mere nine thousand, return to Hedonia. Demacharon is heralded a hero, but the ghosts of his friends haunt his dreams, and with the birth of his child, Astor, he begins to doubt. How can he justify the murder of barbarian children, knowing what it means to be a father? Soon after his return, his five-year old son is killed on the beach by merquid. Having lost the only thing that matters to him, Demacharon becomes a broken man in search of redemption. Read the complete bio: DEMACHARON 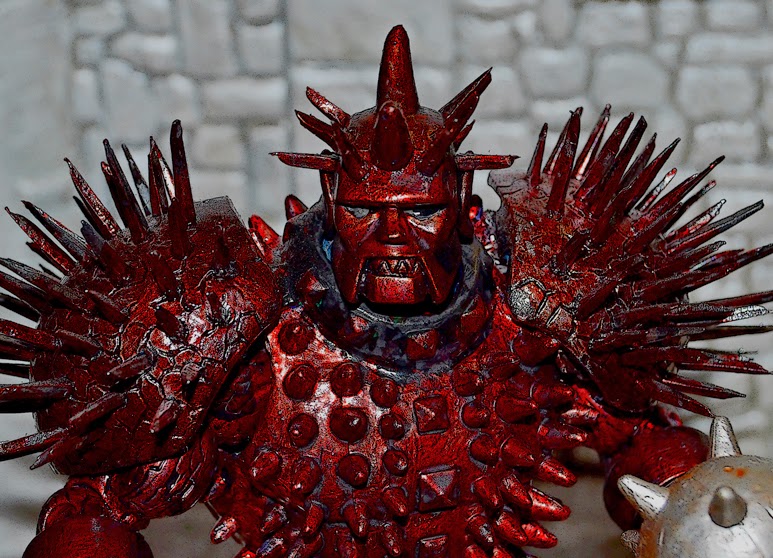 Many believe Zaibos is a demon, spawned from the fiery depths of Aenya. His monstrous appearance throws adversaries into a panic, and his infamous cruelty only serves to fuel the myth of his inhuman origins. No wonder he, born as a man, came to be known as the "Monster King."

With the full bent of the army behind him, Zaibos usurps the throne of Tyrnael, and Radia is forced to flee for her life. The days following her flight are marked with despair and dread the likes the kingdom has never seen, as torture and executions become commonplace, and Zaibos' true, sadistic nature is revealed to all. Read the complete bio: ZAIBOS

Anabis was a scholar of humble beginnings, who desired nothing more than to learn of the Zo. The more he studied, however, the more he was intrigued by the possibility of immortality. His research led him to Tyrnael, ancient capital of Aenya. When Solon's young daughter, Radia, became deathly ill, he promised to cure her, but for a price. He asked not for riches or titles, but to remain as an adviser. Not long after, Anabis extracted the essence from the unicorn's blood, hoping to become immortal, but was transformed into something more, a monstrosity, and in this new body, he adopted a new name. Nessus. Read the complete bio: NESSUS 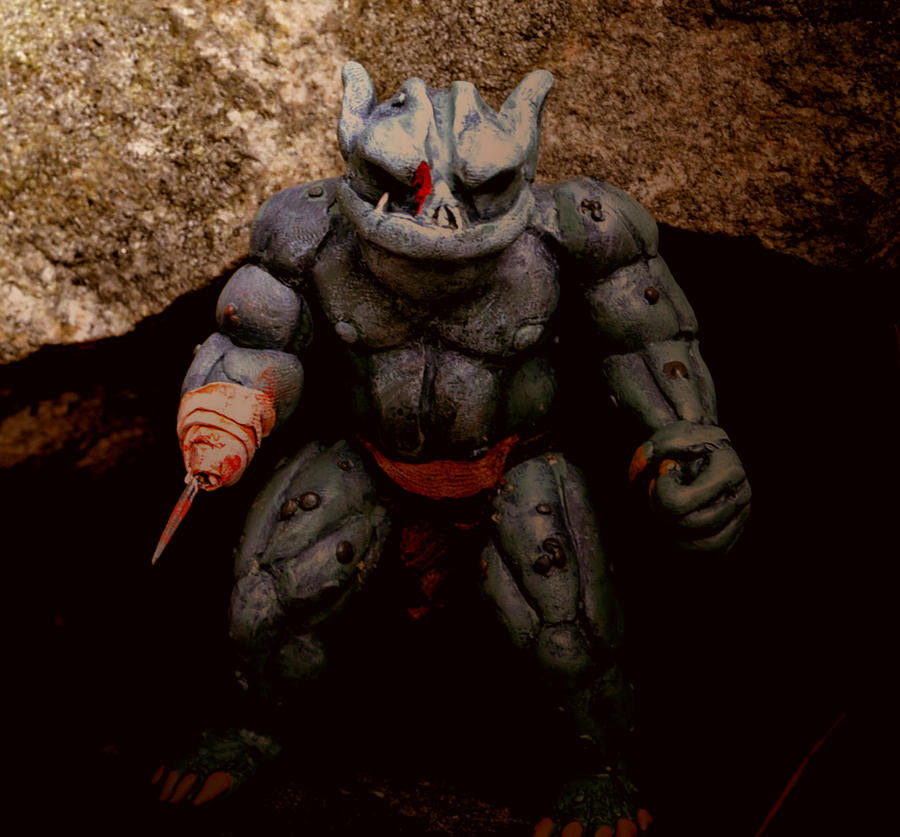 Grumblestump was born into the warrior caste. Named Grumblor by his mother, who died soon after giving birth, Grumblestump joined the annual bogren raids against the mountain city of Northendell. With Captain Sif leading the vanguard, the Knights of Northendell quickly routed the attackers, but Grumblor refused to flee. Believing he was destined for greatness, he fought his way to the outer wall, where he met Duncan Greyoak. The inexperienced bogren was no match for the man-at-arms, however, and Grumblor lost his hand at the wrist, which he crudely replaced with a single spike. He was called "Grumble-stump" ever since, and as a crippled warrior, was consigned to live in the mines among the digger caste as a foreman. Read the complete bio: GRUMBLESTUMP 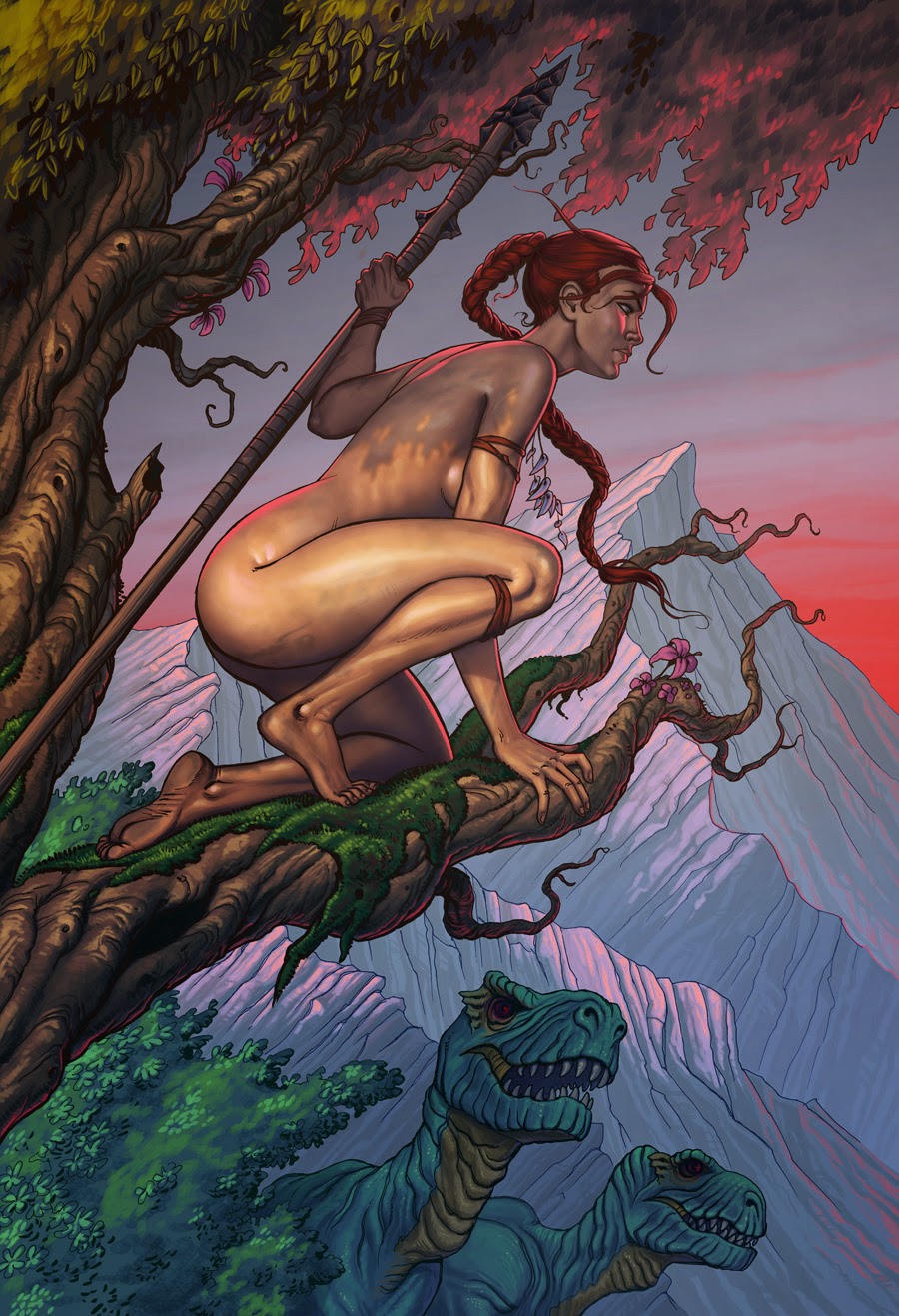 After returning from war, Thelana finds her home in Ilmarinen an abandoned ruin. With no food and no family, she seeks survival in Hedonia, stealing when she can. Wanting more than to live in the slums as a vagabond, she is eventually driven to climb into the Temple of Sargonus, where she is caught prying the pearl eyes from the idol of the Sea God. Now, in a cold dark recess beneath the city, she waits for hunger and for death. Read the complete bio: THELANA (Warning: Link contains images of the human body.) 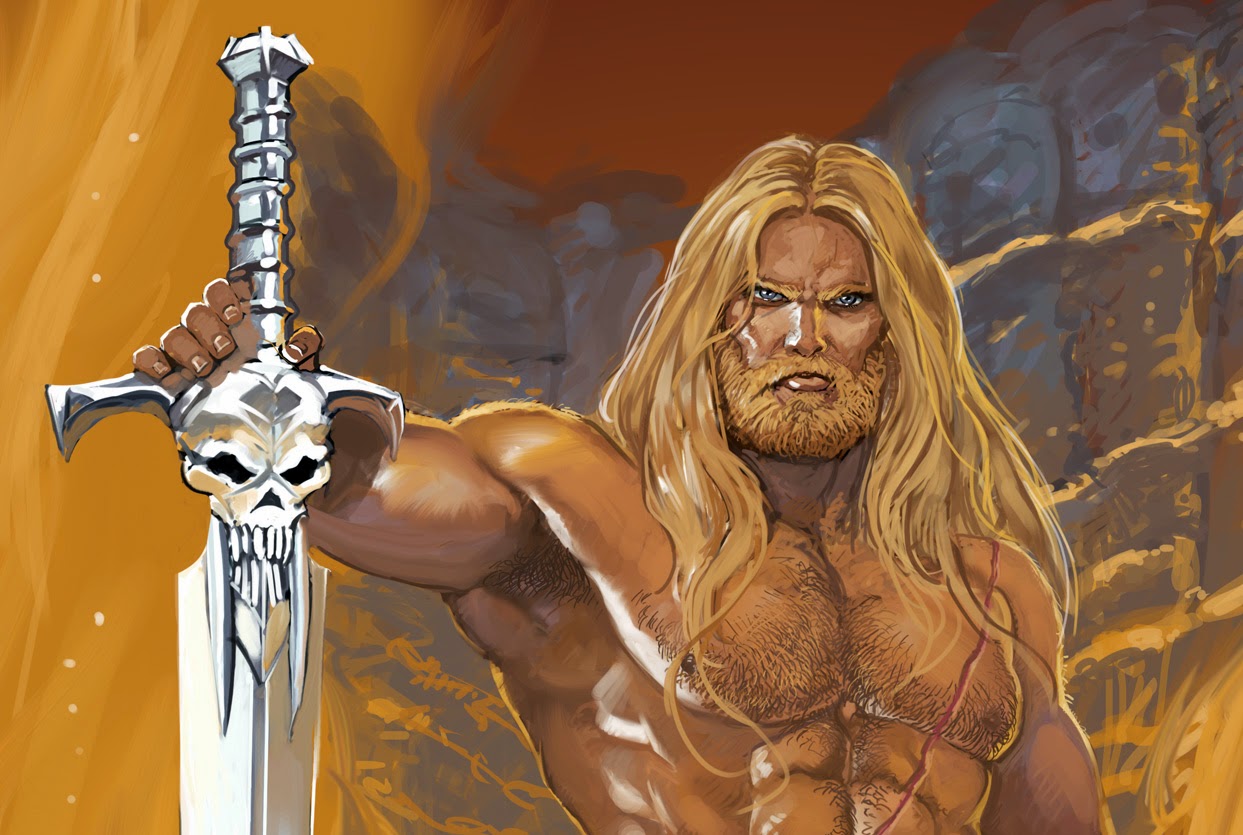 The people know him as a savage, a wild man, a recluse. But when Xandr is summoned from the Marsh of Melancholy to the imperial capital of Hedonia, he discovers there is more to his life than he could have imagined. For thousands of years, the high priests have awaited him, for the one they call Batal. All the while, a portent of doom hangs over the city, as merquid creep upon the shore to murder the innocent. Read the complete bio: XANDR
(Warning: Link contains images of the human body.)
Artwork by Frans Mensink

Emma was a child vagabond, wandering the narrow avenues of Northendell, her oversized robes gathering the grime from the streets. Her only friends are ravens, and still she will be caught talking to herself. Of her mother, she has only a name, Ilsa, and an heirloom, a piccolo found in a wooden box. To Mathias, her father, she may as well be dead. Day and night, he labors in his study, obsessing over some secret he will not talk about. Growing into womanhood, her awkwardness brings undue attention, and Emma, accused of witchcraft, becomes an outcast from the only place she's known as home. Read the complete bio: EMMA 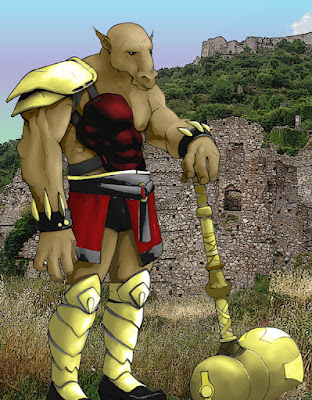 Grimosse is a construct of dead flesh brought to life by the lost arts of the Zo. Though he maintains no allegiance to the Empire, he wears the gold and crimson of a legionnaire. An immense hammer, weighing several times that of a man, is uniquely suited to his inhuman strength. From whence he came, nobody knows. He is discovered wandering the northern plains, but nothing subdues the monster's rage but the pleas of the High Priest's daughter, Merneptes, when her caravan is overcome during a revolt. The golem follows her dutifully for years until her suicide, when the city is overcome by waves and merquid. Read the complete bio: GRIMOSSE