If you're thinking you've stumbled across the wrong blog, don't worry! Every summer, I take time out from my hectic writing schedule to delve into one of my guilty pleasures: Tabletop Role Playing Games. And by the looks of this article from the New York Times, it appears that I am not alone among fantasy authors who find inspiration in games like Dungeons & Dragons. This year, I thought it'd be fun to marry my Quest Role-Playing Game to the literary world of Aenya. Who knows, perhaps some future gaming session will inspire the next Ilmarin adventure! Learn more about the QUEST Gaming System here. Also, be sure to click the highlighted names to learn more about the creatures of Aenya.

Special Thanks to my #1 Fan, David Pasco, for providing me with all these great images!

§  Move: On a dungeon grid, Move is the number of 5’ squares a monster can move per round. Move can also be indicated by type, such Fly or Swim.

§  Monster Mounts: A monster must first be tamed before attempting Learn to Ride.
Aggressive monsters attack when failing a Tame or Learn to Ride action. Passive creatures, such as unicorns, simply warp away. Succeeding Learn to Ride indicates that the monster has befriended you and will come to your service for battle or transport.

§  BASH: This refers to attacks of overwhelming force where ARMOR is of little or no consequence, such as from a horg’s mace. Against BASH, heroes can only hope to move out of the way by making an evasive ROLL or Agility check (d20 +Agility vs. the monster’s attack roll).

§  Combat Action: These strategies may prove useful, but these are only suggestions. There are, in actuality, infinite ways to fight a monster. Failing a combat action incurs an attack of opportunity.


§  XP gained for killing or defeating a monster is equal to its HEALTH, double HEALTH for * or triple for **.

Small and crafty, the bogren are thought to have evolved after the Great Cataclysm. Their human ancestors remained, or were forced into, the eastern hemisphere, finding sanctuary deep under the ground where the lava flows. To learn more: BOGREN

A distant human relative, this beastly primate has limited use of language and tool making skills. It is most commonly seen in the wildwoodwest of Kratos. Shy in nature, the halfman can become a terrible predator when the need arises, counting both human and animal as its quarry. To learn more: HALFMAN

Few creatures on Aenya are as feared as the horg. Rarely seen beyond the dark hemisphere, the horg is found on the outskirts of the eastern kingdoms. Females of the species are turned into slaves by the more diminutive bogren. Adult males (known as bulls) act as living siege engines, carrying immense clubs and shields made of ice and wood pulp called pykrete. To learn more: HORG

This long extinct race ruled Aenya around 10,000---9000 BGM. For centuries, humans were herded by the Septhera like livestock, forced to do labor, fight for entertainment, and at times, were used as food. The Septhera vary in appearance and color, from black, green, red and purple to many hued. Stripes and diamond patterns along the arms, legs and tail are common among females. By 9800 BGM, the Septhera were overthrown by the emergent Zo. To learn more: SEPTHERA 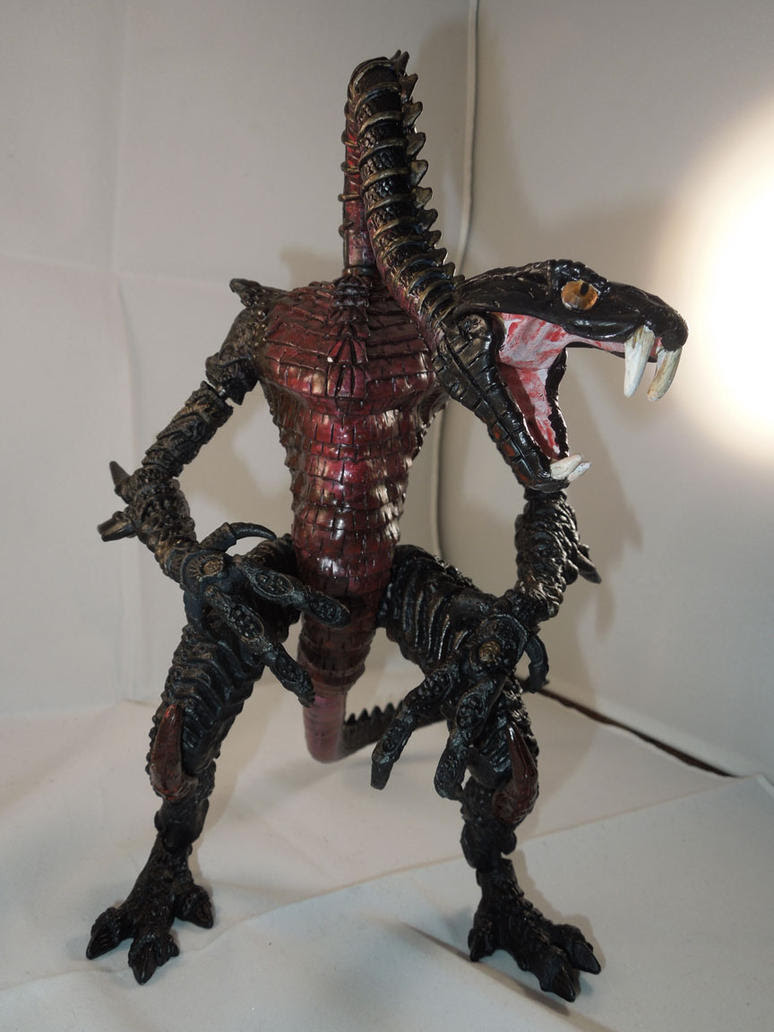 
Spawn of Gulgola: HEALTH 10*, ARMOR 10, Tentacle 1/1/1/1*, Move 2, Passive
§  *If two or more tentacles latch onto victim, the victim takes 4 damage each round until breaking free with Strength check/Difficulty 13

This aquatic, communal species once dominated the planet, living in ocean-vast cities that have since become desert. What remains of their kind is now concentrated along the coasts. Though benign, they can become terrifying in defense of their offspring, with a set of retractable teeth, barbed claws and wide glossy eyes. To learn more: MERQUID